Susan Cole was the founding director of the Trauma and Learning Policy Initiative (TLPI), a joint program of Harvard Law School and the non-profit children’s rights organization Massachusetts Advocates for Children (MAC). At Harvard, she held a joint appointment as Education Law Clinic Director and Lecturer on Law and was a Senior Project Director at MAC. Ms. Cole’s work was based on research at the intersection of psychology, education and law that links traumatic experiences to a host of learning, relational and behavioral difficulties at school. Anne is the Interim Director of the Trauma and Learning Policy Initiative (TLPI). A licensed social worker, she leads the project’s policy work and, along with Joe Ristuccia, its work with educators. The focus of both these efforts is to build and sustain safe and supportive, trauma-sensitive schools. Anne convenes the Safe and Supportive Schools Coalition and serves on the Brockton Trauma Advisory Board, as well as other school and mental health work groups. She also was an active participant in the work of the Behavioral Health and Public Schools Task Force, whose recommendations will be enacted through the legislation, An Act Relative to Safe and Supportive Schools.

For 26 years before coming to TLPI, Anne provided and supervised home-based clinical services to families and children impacted by domestic violence, child abuse and neglect. She helped to develop an innovative treatment approach that included care coordination and advocacy along with intensive clinical services. That experience and perspective of maintaining a systemic focus while providing services to individual families are well-aligned with and inform her current work with TLPI.

Anne has a Master’s degree and holds the following licenses: LCSW, LMHC, and LMFT. Michael Gregory is Clinical Professor of Law at Harvard Law School and Senior Attorney at TLPI.  Mike teaches Harvard’s Education Law Clinic, in which law students represent individual families of traumatized children in the special education system and participate in TLPI’s larger systemic advocacy to create trauma-sensitive schools. Mike has also taught courses in Education Law and Policy and Education Reform Movements. Mike is a co-author of TLPI’s landmark report and policy agenda Helping Traumatized Children Learn, and is also a co-author of Educational Rights of Children Affected by Homelessness and/or Domestic Violence, a manual for child advocates. In 2009, Mike and Susan were named Bellow Scholars by the Association of American Law Schools, in recognition of TLPI’s advocacy for Safe and Supportive Schools legislation in Massachusetts. In 2013, Mike was appointed by Gov. Deval Patrick to serve on the Families and Children Requiring Assistance Advisory Board, a statewide panel that will advise the Commonwealth on the implementation of the reformed CHINS law. He received his JD from Harvard Law School in 2004, graduating cum laude. He graduated magna cum laude with a Bachelor of Arts in American Civilization from Brown University in 1998, and received a Master of Arts in Teaching, also from Brown University, in 1999. Mike began his work for TLPI in 2004 upon receiving a Skadden Fellowship. 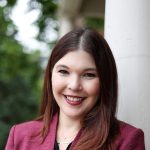 Jodi is a Clinical Instructor and Lecturer on Law at Harvard Law School. She teaches in Harvard’s Education Law Clinic, in which law students represent individual families in special education matters, advocating for children who have been exposed to trauma to receive the special education instruction, services and supports to which they are entitled under state and federal law. As part of this work, she supports TLPI’s broader advocacy for trauma-sensitive schools. Prior to joining TLPI, Jodi worked as an education attorney at the Justice Center of Southeast Massachusetts, a subsidiary of South Coastal Counties Legal Services, where she represented low-income students and families in special education and school discipline matters on the South Coast of Massachusetts. She also had a Skirnick/One Day’s Work Fellowship at Massachusetts Advocates for Children, where she advocated for older students between the ages of 14-22 to receive required special education transition supports, in order to prepare them for employment, independent living, and postsecondary education. As a law student, Jodi participated in the Harvard Education Law Clinic.

Jodi received her J.D. from Harvard Law School, and her B.A. in English and Women’s and Gender Studies from Dartmouth College. 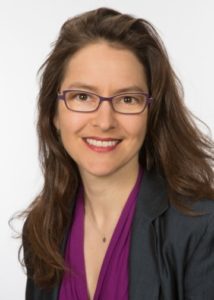 Bettina Neuefeind is an attorney with the Trauma and Learning Policy Initiative, a collaboration between Harvard Law School’s Education Law Clinic and Massachusetts Advocates for Children. As a longtime direct services attorney and advocate for culture change around trauma, mental health and schools, Bettina assists families of children exposed to trauma in obtaining appropriate educational services, supports the clinical education of law students, and collaborates with the leadership team on achieving systemic progress growing the safe and supportive school culture movement. Prior to joining TLPI, Bettina was a Research Fellow at Harvard Law School investigating what fuels systems change in anti-poverty work, and an affiliate at Harvard’s Food Law and Policy Clinic, where she led the School Food Interventions project and focused on food literacy education and school food culture overhauls in applied settings. Before coming to Harvard, Bettina was a fair housing attorney at Bay Area Legal Aid in Oakland, California, serving low-income clients with disabilities and specializing in accommodations where housing was threatened due to mental health issues. Previously, Bettina worked for the International Crisis Group documenting war crimes in Kosovo, and at the United Nations Preparatory Commission for the International Criminal Court. Bettina received an A.B. in Comparative Literature and History from Washington University in St. Louis, and her J.D. from the University of Chicago Law School, where she worked at the Mandel Legal Aid Clinic’s Mental Health Project and served on the editorial board of the Roundtable Journal for Interdisciplinary Legal Studies. Bettina clerked for the Honorable Daniel T.K. Hurley of the U.S. District Court for the Southern District of Florida, and for the Honorable Susan S. Beck, Associate Justice of the Massachusetts Court of Appeals. She is a member of the bars of the Commonwealth of Massachusetts and the State of California. Joel M. Ristuccia is a certified School Psychologist with over twenty-five years experience working in the public schools. Over the last thirty years he has worked with students at risk for failure due to social, emotional and behavioral difficulties. He continues to assist schools and school districts in addressing the needs of these students. Mr. Ristuccia has served as a consultant on the impact of trauma on student learning to the Trauma and Learning Policy Initiative (TLPI) and is a co-author of both volumes of Helping Traumatized Children Learn. Additionally he has consulted to the Department of School Psychiatry, Massachusetts General Hospital, presented program model research findings at the American Academy of Child and Adolescent Psychiatry (AACAP), presented for the Departments of Education in Massachusetts, Wisconsin, West Virginia and Washington as well as the University of Wisconsin on topics related to the impact of trauma on learning and on the role of trauma in student behaviors that can lead to punitive discipline and school failure. Mr. Ristuccia is an Adjunct Professor at Lesley University teaching courses in developing trauma sensitive school wide, classroom and individual interventions to support all students to be successful in the general education curriculum. Mr. Ristuccia holds an Ed.M. from Harvard University and a B.A. from Yale University. Marissa del Rosario is a Trauma-Sensitive Schools Specialist for the Trauma and Learning Policy Initiative (TLPI) at Massachusetts Advocates for Children.  Along with Anne Eisner and Joe Ristuccia, she supports TLPI’s work with educators in creating trauma-sensitive, safe and supportive schools. Additionally Marissa participates in TLPI’s legislative advocacy work.  Prior to joining the TLPI team, Marissa worked for nineteen years in urban and rural public school districts. She began her career as an elementary school educator in New Orleans, LA and then worked as a licensed clinical social worker in public schools for a leading educational nonprofit in Austin, Texas. Over the years, Marissa has worked extensively with students, parents and school personnel at all levels to help remove barriers to students’ educational success.  Marissa holds a Master’s Degree in Social Work with a concentration in Political Social Work and is a Licensed Independent Clinical Social Worker.