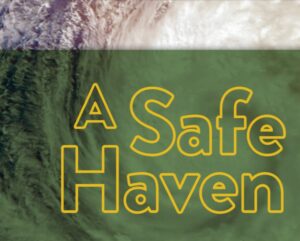 Every school has students who have lived with trauma. Ryan Powers, former principal of the Baker School in Brockton, Massachusetts, describes his experiences with “Bobby,” a student who had come to the school after having fled with his mother to a battered women’s shelter. Bobby had spent much of his time at a previous school either in the office or suspended. “When Bobby first came to us, he constantly pushed the limits, was noncompliant, and had great difficulty with transitions,” Powers says. “What he didn’t expect was that we had worked hard to understand the role of trauma in learning and to use this knowledge to change the culture and structure of our school.” The school worked as a team with Bobby and his mother to understand his difficulties with trust and relationships, and to help him calm down so that he could learn and make friends. “We made sure everyone understood how to respond to him,” Powers continues. “We referred his mom to community partners so that the family and Bobby could get the outside supports and services they needed.” Fast-forward to fifth grade: Bobby was not suspended once and seldom visited the office. He was achieving academically because he was in the classroom and available to learn. “His success would not have been possible if the schoolwide environment [had not been] sensitive to his trauma-related needs and equipped to respond,” says Powers. Now, as assistant superintendent of the 5,500-student Bridgewater–Raynham Public Schools, Powers’ role is to ensure that the whole district understands the relationship between trauma and learning and the resources and supports children need. “We know [creating trauma-sensitive schools is] not going to be an easy task, but it is a task that is worth committing to.”

FEATURED VIDEO: What Does a Trauma-Sensitive Middle/High School Look Like?

We are thrilled to share with you this short video highlighting one middle/high school’s journey to create a trauma-sensitive, safe and supportive school.